Team Jay Series - by Juventus | Team of One

A big football tournament is coming up and Team Jay need to practice. Cami is their best player, but she keeps hogging the ball. After an argument Cami decides to enter the tournament as a team of one.
- Being good at something doesn’t mean you won’t be better with a team.
Subscribe for more fun with Team Jay: bit.ly/2WhP7wm
Watch Full Episodes of Team Jay Here :bit.ly/2oq7Qcr
Follow the adventures of Jay, a proud, mythical and funny zebra with a pattern of black, white and gold and the official team mascot of Juventus F.C.! Joining Jay on his adventures are Matteo, who has a solution for every problem that arises, Cami, who is an excellent soccer player, then there’s the hilarious hamster, Duke and a loveably feisty red squirrel named Wushu. Together, they form a special bond & will learn the values of friendship & teamwork to overcome the odds!
#TeamJay #Juventus 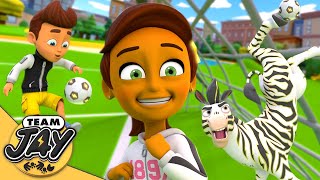 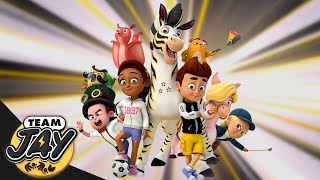 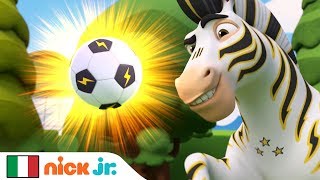